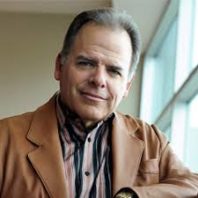 Spero M. Manson, PhD (Pembina Chippewa), is a Distinguished Professor of Public Health and Psychiatry and the Director of the Centers for American Indian and Alaska Native Health at the Colorado School of Public Health on the University of Colorado Denver’s Anschutz Medical Campus. At the same institution, he also holds the Colorado Trust Chair in American Indian Health and serves as the Associate Dean of Research. Dr. Manson’s programs include 10 national centers whose portfolio of sponsored research totals $63 million. His research activities involve program development and training in collaboration with 250 Native communities that span rural, urban, reservation, and village settings across the U.S. Dr. Manson is widely acknowledged as one of the nation’s leading authorities on American Indian and Alaska Native health, having published more than 230 peer-reviewed articles on physical, mental, and behavioral health in Native people of all ages. He has received numerous awards, including election to the National Academy of Medicine (2002), the Herbert W. Nickens Award of the Association of American Medical Colleges (2006), and the Excellence Award of the National Institute on Minority Health and Health Disparities (2008). As the Co-Principal Investigator of Native-CHART, Dr. Manson leads the Consortium Core, which supports participation in locally implemented intervention projects and enhances outreach to diverse stakeholders through seven regional Satellite Centers. He also co-chairs the program’s Executive Committee, which monitors the progress and outcomes of Native-CHART intervention projects and governs all study activities.